Ancient Burial – Beyond The Watchtowers 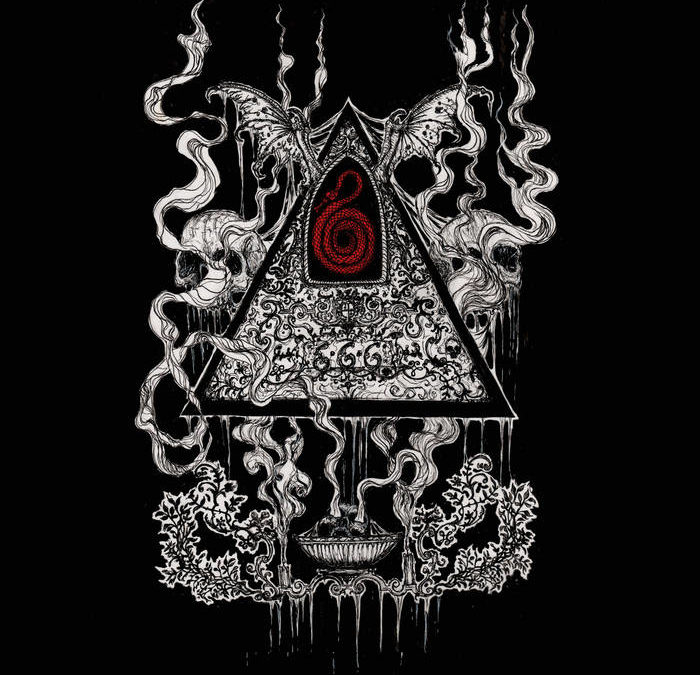 Album – Beyond The Watchtowers

Sometimes in black metal you will run into a band whose name perfectly describes what they sound like. Ancient Burial is a perfect example. Ancient Burial’s sound is disgusting and dirty. It sounds like it comes from a cursed old soul who has no hope. Somewhere in Portugal there is a place so dark, that light has not dared to tread. There lies Ancient Burial. Beyond The Watchtowers is their debut album, which will make sure to spook and disorient anyone who discovers it by digging too deep in the many holes of black metal.

Beyond The Watchtowers starts off sounding like you’re transitioning from death to the next destination… Then all of a sudden, you’re thrown right into Hell itself. Tortured screams and raw melodies fill up your existence quickly, as you say hello to your new home. Hypnotizing Hell hymns are blaring everywhere as the riffs here are strong and everlasting. It’s as if they want these riffs to get stuck in your head as a curse for disturbing their ancient burial grounds. Ever since my first spin, it brings me back to it’s daunting and haunting riffs. My ears could be playing a trick on me, but it also sounds like they use a pedal to give the guitars a wavy, dizzy sound. Vocally, it sounds like something that was once human and now screams in terror as he knows Hell isn’t just a short period of time. Hell lasts for all eternity. Begging for his soul, crying out in pure regret of how he lived his life, he knows he can not be saved now, he chose and sealed his fate. Drums continue the train of confusion as it uncomfortably completes the disorienting effects of the music. The atmosphere is basically what I just described as above. The atmosphere is misty and murky, but it brings you to the literal definition of eternal damnation. When you are finished with the album you come back to your senses and realize you were not just here on Earth. You just came from a dark corner of Hell that will haunt you for the rest of your life for disturbing the Ancient Burial of this curse that we call music. A mind controlling riff will come back into your head and you must hear the record again to avoid insanity from humming it over and over again. It’s a curse that’ll last you for the rest of your life. Always a slave to the music, always needing to hear the unimaginable until it becomes everlasting after death.

Beyond The Watchtowers will be one the creepiest records you hear this year and the stench of fire and brimstone will linger for all time to come. This album was released on May 1st through Signal Rex. Let me also add that this record inspired me to dig and pay closer attention to Signal Rex’s roster and releases and they have quite a few hidden gems under their belt. Make sure to give Signal Rex a like/follow/subscribe, because this is a label you do not want to be sleeping on. Final thought: I’m completely blown away by Beyond The Watchtowers and this record has quickly jumped the ranks as one of my top favorites from this year.